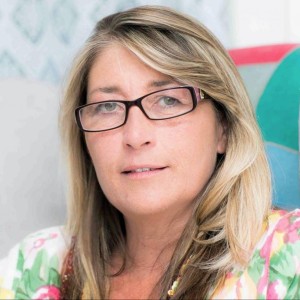 5 Tips For Making A change

My first tip is probably the one that I tell my clients most.

What are you waiting for?

Are you waiting for the perfect time to start to make a change?

Well, sorry, there isn’t going to be a perfect time.

The Perfect time is non existent.

It’s this thing that we have where we procrastinate. We overthink.

“I’ll start the diet on Monday”, or “I’ve got a party coming up, I can’t possibly give up the drink now when I have a party to go to”.

“I can’t give up the smoking or the cigarettes because I’m so stressed, I’ve got too much on.”

We stay stuck in the same place waiting for the perfect time.

It’s not going to come.

All you need to do is to make a decision that you’re going to make a change and that makes it the perfect time.

It’s like throwing a stone in a pond. Just that first ripple starts to spread and spread and spread. And if you get a successful change first time around, it’s going to encourage you to make more changes further down the line.

So that’s my number one tip. Don’t wait for the perfect time.

It’s aim small. Don’t aim for the big stuff straightaway, especially if you’re looking to a goal that maybe is going to take you a while, do it in stages. Have little sub goals that you can work towards.

I want to be healthy. That’s my goal.

One, it’s a bit vague, so we need to clarify it and break it down.

So what will it mean for you to be happy?

What do you need, to achieve happiness in your eyes?

Is it losing weight?

Is it your appearance?

Is it a relationship?

Start to break it down so that you’re being specific about your goals, and then aim small.

If it’s about losing weight, then aim for that first pound, then the first two pounds, and once you’ve achieved that, it will start to give you the momentum to carry on.

So my tip number two is set small goals to start off with.

My tip number three, for making lasting change is just be mindful of the way that we talk to ourselves.

Often there’s a theme running through it.

All those negative thoughts are actually your mantra. That’s what you’re saying to yourself regularly. And here’s a bit of a tip.

Our subconscious mind hears everything that we say, all those negative thoughts, we internalise these and it becomes part of our life story and who we are.

Start to look at how you actually talk to yourself.

If you’re going out and you’ve got dressed up, and you look in the mirror and you kind of go, “Oh, God, I look crap, what am I thinking going out like this?

If your friend walked in, would you say that to her, “Oh, you look really crappy today, you’re not thinking of going out like that?

So let’s try and rephrase the way that we talk to ourselves, give ourselves a break. And instead of being that critical person, start being that nurturing person, the one that encourages us, the one that empowers us to do more, just be mindful of the internal dialogue that you’ve got.

So that’s my tip number three.

So tip number four is quite an important one.

When you achieve your goal, what’s that going to mean?

If you lose the two stones that you want to or if you’re successful in business, where’s that going leave you?

What is going to change for you.

What if the goal that you are setting yourself was to be successful?

What will it mean?

Looking at the negative side of the goals that we set, and the changes that we make can be really important when we’re first looking at those goals.

One of the reasons we’re not making a lasting change could be because deep down inside, we don’t actually want the change that we think we do!

It could be because it takes us away from our family, or it might be that it goes against who we think we are as a person.

If we don’t look at the bigger picture when we are making a change it can often cause a block or a sticking point for us.

We’re constantly striving for something, but something deep down inside is actually going,

Look at the changes that you want to make.

Are they in your control?

Can you actually make the changes that you want to do?

What’s the consequences of achieving your goals?

What’s the bigger picture if you achieve your goals and make that change?

Are you an overthinker?

Do you procrastinate and overthink everything?

What is the problem is the theme of the overthinking, if it’s negative, if we’re constantly berating ourselves and disempowering ourselves, now’s the time to switch.

Now’s the time to look at things more positively. So let’s imagine for a minute that you’ve achieved this goal, you’ve made this change.

Congratulate yourself, really connect with having achieved it.

Just imagine, for a moment that you’ve done it, that you’ve become that person that you want to be, and really feel it.

How does the world look to you now?

How does it feel?

Just look at things through your eyes, being that successful person, that lighter person, that healthier person, just for a minute, absorb what that would be like?

And then tell me now, what would you say to the you of today?

What advice would you give to yourself from the future, the you 12 months from now, when you’ve made all these changes?

Would it be to just do it?

Would it be stop overthinking?

If we stop overthinking if we get out of our own way, change actually isn’t that difficult.

Subscribe to my newsletter to receive all the latest hints, tips and FREE give-aways.

This website uses cookies to improve your experience while you navigate through the website. Out of these cookies, the cookies that are categorized as necessary are stored on your browser as they are essential for the working of basic functionalities of the website. We also use third-party cookies that help us analyze and understand how you use this website. These cookies will be stored in your browser only with your consent. You also have the option to opt-out of these cookies. But opting out of some of these cookies may have an effect on your browsing experience.
Necessary Always Enabled
Necessary cookies are absolutely essential for the website to function properly. This category only includes cookies that ensures basic functionalities and security features of the website. These cookies do not store any personal information.
Non-necessary
Any cookies that may not be particularly necessary for the website to function and is used specifically to collect user personal data via analytics, ads, other embedded contents are termed as non-necessary cookies. It is mandatory to procure user consent prior to running these cookies on your website.
SAVE & ACCEPT